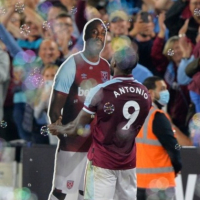 OldCastleSwift
August 31 in Transfer rumours and speculation
The 4th most exciting day of the year in the OCS household is here.

Today we finally find out whether JLingz is returning to play with the band once more.

Today we may welcome Nikola Vlasic to the club and be surprised that he's actually the 6th Croatian to play for West Ham.

But will we bring a striker in? Will there be a surprise signing that Fabrizio, Nico and Ex have all missed? Will we ever sign a left back?

Some questions will be answered. Many more will be asked.