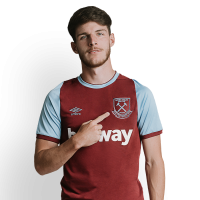 claretandbluesky
May 2021 in West Ham Miscellaneous
Now the dust has settled I take the view that Europa is perfect for us at this time. I think I wanted Champions League for the kudos of it, and to be able to believe that we really had already made it to the next level. However when you look at the teams qualified through Europe we would have been very much out of our depth. I think all the qualifiers from our own Premiership this season did the double over us and that provides perspective I feel.

I do think that if we keep our best and reinforce then this Europa campaign could be a lot of fun and we could properly test ourselves. We may need the draw to be kind as there are always four or five stand out clubs with European pedigree but there should also be plenty of teams that with our current quality we could get results against.