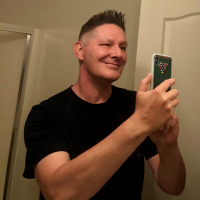 Bazshuayi
October 27 edited October 27 in Match Threads and Streams
Back to a SunDeGea game but I feel like I am just holding this place for Steve. It's nice to win the Conference group and also a little fortunate to be 10th in the league.

We never seem to do well or get a break against Man United however well or poorly they play. I'm going to take a wild guess that Moyes is cautious with his formation and tactics. I know, I just feel a bit psychic sometimes...

So predicted line up will most likely be this:


Injury news:
Raphael is out injured but none of the other Ninja Turtles report any new knocks. Several teams are to 'court' Martial and he too is likely to be still out for a bit 'Elanga'. Also, in a reserve game it was reported Lindelof went off with a nasty Rash-ford or even a case of Malaria!

As for West Ham, Cornet seems a bit flakey.
However, it was Aguerd debut for someone else and hopefully his quality will be witnessed again very soon.
Paqueta went Downes with a shoulder injury but he's feeling much better...

Verdict: Its a Shaw thing