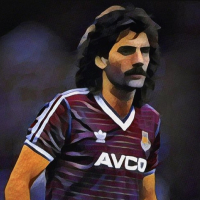 So back to Europe this week following two very good away wins. We're probably favourites, and should have enough to beat a team that are currently 10th in the Austrian league and who lost to Genk in the opener.

Today was hard work so I wouldn't be surprised to see a few changes; maybe Kral for Soucek, Johnson for Cresswell and Vlasic for Bowen. Even with those I'd like to think we can get the win.
«123456»