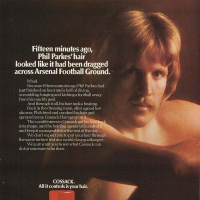 OldCastleSwift
July 1 edited July 1 in Match Threads and Streams
Thought I'd get this going as our first pre-season game is only a week away. Presumably the internationals are unlikely to feature given they'll only start training on Monday, so based on what we've seen from the Scotland training camp we'll line up something like:

And the rest of the U23s making up the bench alongside Dawson and Diop.

Very light in terms of first team options, but as always, building match fitness is the priority at this time of year.
«123»