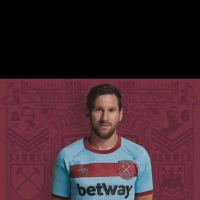 yoyo
August 2021 in West Ham Miscellaneous
All "Ifs and buts " but we could face 50 odd games or so, depending on Euro and domestic cup runs. Antonio's tissue hamstrings won't last that long and there'll be other injuries along the way. There will hopefully be re-enforcements but what is a realistic season? I can't see top 6 again. Top 8 perhaps and a cup run? I would love us to lift some type of silverware